Dr. Hall will be joined by nine of her students for an overview of their summer laboratory experiences, describing the histological techniques used, from collecting scallops by boat to evaluating the prepared slides made from the scallops’ reproductive organs (gonads). Students will give an explanation of the basics of bay scallop biology and reproduction, predators and parasites, the scallop-eelgrass relationship, and other ecological factors that influence the scallop population. Some will also give the results of their own independent research, and others will describe what this summer’s experience has meant to them. A similar presentation, featuring the other half of the research team, will be given on August 11 at the Great Harbor Yacht Club.

In 1976, Dr. Val Hall was hired to teach science at Nantucket High School, and she earned her Master’s degree in Marine Biology from Boston University in 1984. Afterwards, she established the NHS Marine Program, and wrote the textbook for the course. After her retirement in 2004, Val joined the MMA Scallop Project. She then began a graduate program in Oceanography at the University of Massachusetts, using several summers of bay scallop research in Nantucket Harbor as her dissertation topic. Dr. Hall was appointed an MMA Research Associate in 2006, and was awarded her PhD in 2014.

Since 2016, Dr. Hall has combined her research on bay scallop reproduction and her passion for teaching by instituting a summer research and mentoring program at the Maria Mitchell Association. The program, previously funded by the Nantucket Shellfish Association, has served nearly 50 students ranging in age from 12 to 22. This summer’s program, funded by the Great Harbor Yacht Club and a private donor, will bring 18 more students into the group. Students participate in all aspects of Val’s ongoing research, as well as designing and carrying out their own projects, while enhancing their research, written, and oral presentation skills. 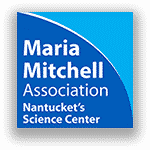