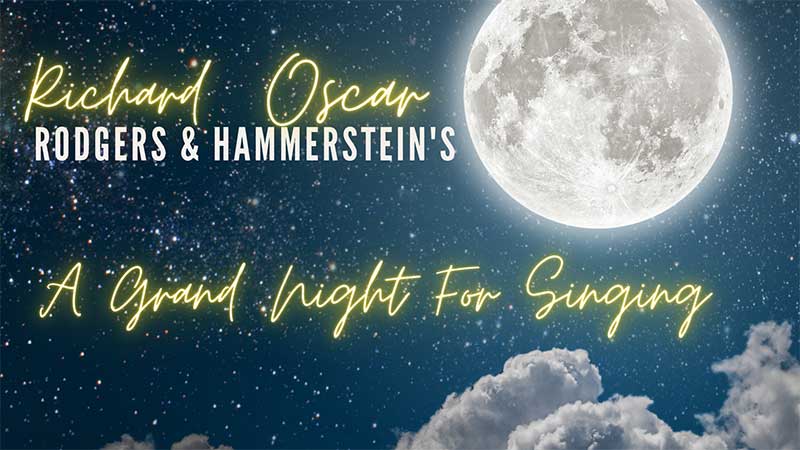 A Grand Night For Singing

Taste and imagination, the two key ingredients for a first-rate revue, abound in this fresh take on the Rodgers & Hammerstein canon conceived by Tony Award winner Walter Bobbie. Over three decades after the duo’s final collaboration, The Sound of Music, took the Great White Way by storm, this new R&H musical opened the 1994 Broadway season with flair and distinction, garnering wildly enthusiastic notices as well as earning two Tony nominations, including Best Musical. Richard Rodgers and Oscar Hammerstein II may never have imagined “Shall We Dance?” as a comic pas de deux for a towering beauty and her diminutive admirer, nor did they suspect that one day a lovelorn young lad might pose the musical question, “How do you solve a problem like Maria?” But that’s precisely the kind of invention lavished upon this new revue, with innovative musical arrangements including a sultry Andrews Sisters-esque “I’m Gonna Wash That Man Right Outa My Hair,” a swingin’ “Honeybun” worthy of the Modernaires, and a jazzy “Kansas City,” which leaves no question about how terrifically up to date the remarkable songs of R&H remain.

“A Grand Night for Singing is enough to restore one’s faith in the future of the revue and the durability of Rodgers & Hammerstein. It gives the material the kind of thoughtful rethinking it has long deserved.” ~ USA Today

“A smooth two-hour entertainment…the songs flow together in a sequence that treats them as lighthearted extensions of one another.” ~ Stephen Holden, The New York Times